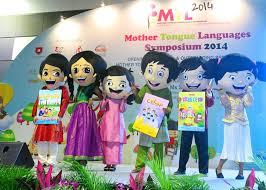 The language used to convey mathematical ideas to students has become a topic of increased concern to mathematics educators in recent years, across the globe. The reasons for this concern vary from country to country. All over the world, this concern has risen in part because of a continuity growth in the number of students in mathematics classes who have a limited proficiency in English. In Asian countries like Korea it is as a result of the quest for technological development. In Africa the concern is as a result of students’ poor achievement in mathematics and mathematics related courses. This is because inadequate grasp of the language of instruction is a major source of under-achievement in school mathematics.

The United Nation Education, Social and Cultural Organization (UNESCO) in 1951 agreed that the best medium for teaching a child is his mother tongue (MT). Psychologically, it is the system of meaningful signs that in his mind works automatically for expression and understanding. Educationally, he learns more quickly through it than through an unfamiliar linguistic medium. In 1983, UNESCO warns that no language can take the place of the mother tongue in education and no educational system can afford to disregard it without serious detriment to the mental and social development of the child. Also UNESCO’s 2003 position paper on education in multilingual world said that the longer children have their own language as the main medium of teaching, the better they also become in the dominant language provided of course, that they have good teaching in it.

With all these world discussion on the use of mother tongue in education, Nigeria does not have a well-articulated and explicit national language policy that can be found in one document. But she has a language policy which is sometimes, explicitly and, sometimes obliquely, stated in:

1. Sections of the National Policy on Education (NPE) Lagos, Federal Ministry of Information 1977 revised 1981 and 2004.
2. Chapter 10 special issues in Nigeria politics entitled: National Language of the Government views and comments on the findings and recommendations of the political Bureau 1987.
3. Section 19(4); 21; 53; and 95 of the constitution of the Federal Republic of Nigeria 1989.
4. The cultural policy of Nigeria 1988.

All these are attempts by the Nigerian government to establish a functional language policy in the country. In education the NPE has explicitly spelt out the National Language Policy in respect of education in the country. In section 2 paragraphs 11, sub 3 which states that: ‘… government will ensure that the medium of instruction will be principally the mother-tongue or the language of the immediate community (LIC)’. Also in section 3 paragraphs 15 sub 4 says “government will see to it that the medium of instruction in the primary school is initially the mother tongue or the language of the immediate community. This shows that the Nigerian government has put in place the needed policy statements that will back up the teaching in MT at the basic education programme, hence giving the bases for the introduction of teaching in MT in Nigerian schools.

Historically, education in MT was introduced in Nigeria by the Christian Missionaries just before the middle of the nineteenth century. This was because most of the missionaries believed that the African child was best taught in his native language. This shows that the teaching and learning in indigenous languages received much genuine attention in those early days of western education in the country. 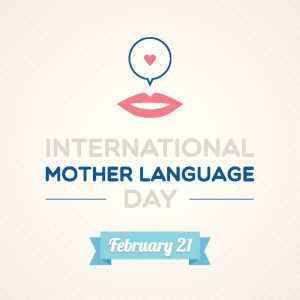 Unfortunately the efforts were frustrated by the then Nigerian elites, and their position was gradually accepted by government, perhaps because they controlled the government of the nation, as it is seen in Sir Abubakar Tafawa Balewa’s statement on 1st October 1960 “English will continue to be our official language for a long time.” Hence English language was accorded more prominence.

The objectives of the revised National Mathematics Curriculum for Basic Education in Nigeria are only realizable with good student’s achievement in mathematics. Unfortunately, since English Language took a place of pride in our educational system, performance of students in mathematics has continued to be in a deplorable state. Records have shown that Nigerian students have been showing abysmal performance in Mathematics since 1980s to date. This poor performance in mathematics explains the inability of the country to develop technologically, since mathematics is the bedrock of technology. This poor performance by our students in mathematics can be associated with among other things the language of instruction in our school system. It is believed that when children learn in their MT they demonstrate greater manipulative ability, manual dexterity and mechanical comprehension.