Tiv as a Language for Mathematics Instruction 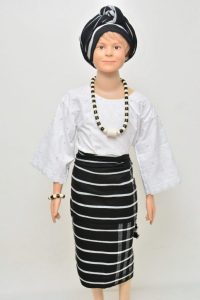 In addition to vocabulary, a mathematics register also includes styles of meaning and ways of presenting arguments within the context of mathematics. These processes required new structures, which are most often borrowed from specialized forms in the natural language. Example of expressions adopted from English includes the area under the curve and the sum of the first nth terms of the sequence. 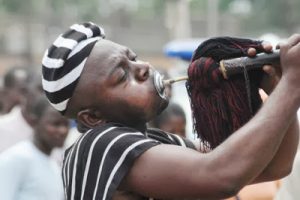 The Tiv people are predominantly found in Central Nigeria and a significant number in the Republic of Cameron. Udu (2009) reports that the Tiv occupy over thirty three local government areas across Benue, Nassarawa, Taraba, Cross-River and Plateau states. Tiv language is today spoken by well over 3 million people. Considering the geographical spread and the large number of speakers, Tiv language is indeed a very important language and the Tiv people are the 4th largest tribe in Nigeria.

Tiv language is used for interpersonal communication, trade and religious worship. It can also be said to be a language of the media, since it is broadcast on five different radio states across the country. However, the Tiv language despite its inclusion by government to be used for academic purpose has not enjoyed the prestige, yet. This may be as a result of no empirical evidence of its effects on students when used for academic purpose.

Traditionally, the Tiv people have their own form of Mathematics which is as old as the language itself. Tiv people are predominantly farmers and counting of their farm products shows the introduction of the concept of numbers and numeration. For example if a Tiv man asks his son (“Ve kaha sule la ager a me?”) meaning how may lines of heaps did he make? This question introduces the child to the concept of numbers and numerators by counting the lines. It also introduces the child to the geometrical concept of lines. Other geometrical concepts such as circle, radius, perimeter etc. are thought to children through the construction of huts (round or rectangular). The size of the hut constructed depends on the purpose for which it is made. This type of construction introduces the child to mathematic concepts like area, volume and proportion. Mathematical concepts like statistics, set, etc. are introduced by grouping of farm products like crops and animals by their species and type. It is, therefore, clear that all aspects of Mathematics; from numbers and numeration to geometry, algebra up to statistics all exist in Tiv traditional Mathematics. However they are all in an informal way and the method of teaching is practical, with the mother-tongue as a language of instruction. This exists in Tiv land till now.

It is true that most mathematical concept have not been translated in Tiv language. However, lexical borrowing and coinage which have found their way and are often used in the speech behavior of the people can be adopted. Names, words and expressions are often created or coined for objects and concepts in various languages.

It is true that Mathematics has its own diction, but Tiv language can also be used if efforts are made to translate the English words or mathematic concepts with all its attendant meaning to ensure that valuable aspects of the meanings are not lost. English language is replete with borrowed words from Latin, and as such, Tiv language, if used will not be the only language borrowing from other languages-especially where it is inadequate for Mathematics teaching.

The use of mother-tongue in the teaching of Mathematics will bring about familiarity in the learners. It is obvious that Tiv language can conveniently accommodate Mathematics and technical ideals. A non-literate Tiv man for instance, has already reduced such technical words like: Mato (Motor), Semetu (cement), Sukuderaba (Screwdriver), waya (wire), hama (hammer), and many others, to Tiv vocabulary. In the same manner it is logical and educationally not out of place that mathematical terms and concepts can be reduced to the phonological structure of Tiv language, based on verbal association learning conning as follows.

This can be followed by adequate explanation of the concepts and mathematical procedures in Tiv language.

Although critics of the mother tongue as a language of instruction in mathematics claim that Mathematical terms and concepts cannot be explained in mother-tongue. However, the argument has been proven wrong. The Ife six-year primary project as reported by Babalola (1991) and the Igbo and Edo study by Ali (2006) have proved that mother-tongue can be used to teach Mathematics. These studies have shown that the use of foreign mediums of instruction generally constitutes a linguistic barrier to the learner in the learning of Mathematics.

It is, therefore, more justifying if the language of instruction in a formal education at the basic level be mother-tongue. This is because psychologically, the proper development of the children is closely bound with the continued use of the language of their parents, and relations, which forms their socio-linguistic background. It is the language in which they have acquired their first experiences of life; the one in which they dream, think and easily express their feelings and emotions. To separate them from their familiar language as soon as they come to school is like taking them away from their home and putting them among strangers. They could neither understand much of what is taught, nor express themselves at this stage as desired; hence they become tongue tied and the mathematics thought is devoid of meaning nothing than jargon and symbol manipulation. There is widespread mathematics underachievement, anxiety and aversion. This explains why the achievement of Tiv students in Mathematics has continued to decline despite the number of teaching methods adopted. Given this situation there is the need for relevant stakeholders to come to the aid of the Tiv child by implementing the language policy as stated in the NPE if he is to find education meaningful.